“The dwarfs came for us, and we raised the bones and the runes against them. We fought the good fight, but it wasn’t enough. They overran our homes. We all thought it was the end of the world — Ragnarok, but it wasn’t. The world kept spinning, and we withdrew to the only place left, the stars.”

“It’s not easy being a pilot, let me tell you. Flying this thing made of giant bones is harder than it looks. Those forms we had planetside? The big ones? Trust me, they’re nothing compared to our giantships.” 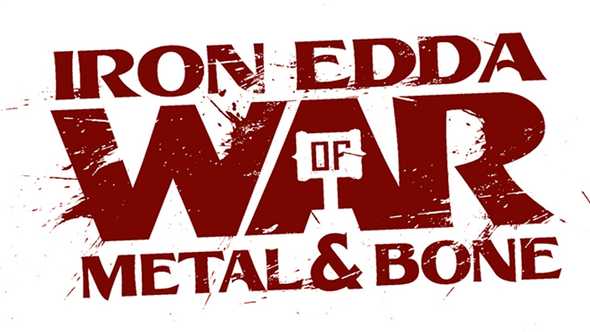 In case you hadn’t heard, Tracy Barnett is launching a Kickstarter in January for Iron Edda), and I’m on the hook for a system / setting book. This post will lay out initial thoughts and let me process a bit out in the open (since it works well for Tracy). Apologies if it rambles all over the place; it’s how my mind works.

If you haven’t checked out either Lady Blackbird or Always/Never/Now, set a reminder to do that after you read this post. The following bullet list are things from LB/A/N/N that I need.

War of Metal and Bone

In addition, Tracy wants to ensure come commonality from WoMaB so we have to retain the clans (I’m not too worried about that) and the holdfast generation (this makes me a bit nervous). The clans are easy enough to work in, probably as Traits. Each PC gets a Clan Trait or is Bonebonded. Done. The holdfast generation presents some interesting challenges. I can see two possible paths for that right now. One is that the group has a home base of operations.

The second (and more interesting, I think) is to make the holdfast the ship. Obviously there’s some design work to do there. The ship corresponds to the bondbonded form in the base setting, so the pilot is always in bonebonded form. How do I handle the interaction between the ship as bonebonded and the ship as holdfast? Does this put too much spotlight on the pilot? How do I make the rest of the crew important?

I’d love to see something more akin to runic warriors flinging themselves across the void to attack opposing ships, but I don’t want to fool with the question of breathing in space.

What about Ragnarok? Why didn’t it come? I’d love to get into some of the myth here and say that something happened to avert Ragnarok. Now it’s back on the table, and our intrepid heroes have to figure out how to stop it (or possibly accelerate it).

Well, it’s a bit rambly, but I needed to get the thoughts down somewhere. Feel free to leave feedback (seriously, give me feedback) on G+ or on Twitter.

Here’s a thought, instead of avoiding Ragnarok why not let it happen? Instead of averting the destruction of the world, it happened in such a way that there were those that could escape.

This is with my limited knowledge of what’s going on though. Maybe that doesn’t work, but now you can have like the next stage where Fenrir now is looking at the universe.

Ooo. I like this idea, and it gives a nice big bad to have roaming the universe. I will ponder.

Doesn’t Lady Blackbird have breathable space? That’s the impression I got with the whole blue nebula thing.

And yeah, I’m nervous about Holdfast generation too. I figure mine’ll be d20-based instead of Fudge because that’s all M&M uses, but I still have to wrap my head around it. Right now, it seems a lot like a subtle blend of Fiasco’s Setup and Smallville’s Pathways.

You’re correct! I had missed this detail. Yet another puzzle piece falls into place! MUHAHA!