Planescape 4E - Wrapping Up in the Gray Waste

So today is part 4 of the planar ecology for the Gray Waste. This will be the last post for the Gray Waste, and then I’ll move on to other things. I got inspired from my post for the Plane of Ice, so I wanted to post a few things here to help you in play. Today I’ve got some monsters (some already published, two new types), and a list of powers (that would be gods or deities in your language, Clueless!) with realms in the Gray Waste.

The Gray Waste has three (Rule of Three!) major denizen types of note. This doesn’t mean there aren’t others, but adventurers should definitely run into these three here. It’s not a trip to the Gray Waste without encountering them.

Night hags are in the compendium, but they’re listed as fey. That’s fine, you can just change their type (I haven’t been rigorous with creature types, but that’s probably a post for another time).

Hordlings and larvae are not listed, so I definitely need to add them. I’ve crafted two hordling variants that we’ll get to in a second. I went back and forth on how to represent the larvae, but for now, I’ve settled on them being a swarm creature. I think there could definitely be a hazard version of them, and other creatures (like say, oh, a night hag) could have an area power whose “fluff” is that they’re attacking with a swarm of larvae. The point to drive home with these is that they’re pretty much everywhere in the Gray Waste. I wouldn’t necessarily have the party fighting only them, but a night hag coupled with a few of these swarms (her “herd”) would make for an interesting encounter I think.

Now, hordlings are to the Gray Waste what demons and devils are to their respective planes. These creatures are the foot soldiers, the rank and file, of the Gray Waste. The other thing to keep in mind is that they’re extremely varied in morphology (kind of like demons and devils, but not listed separately). To that end, I’ve created two different variants for use. Hopefully it gives you enough ideas to create some of your own. The original source material had some nice tables to mix things up, and I’d love to bring that forward. I’d have to think of a good way to do it. Let’s put that on my might-get-done list. 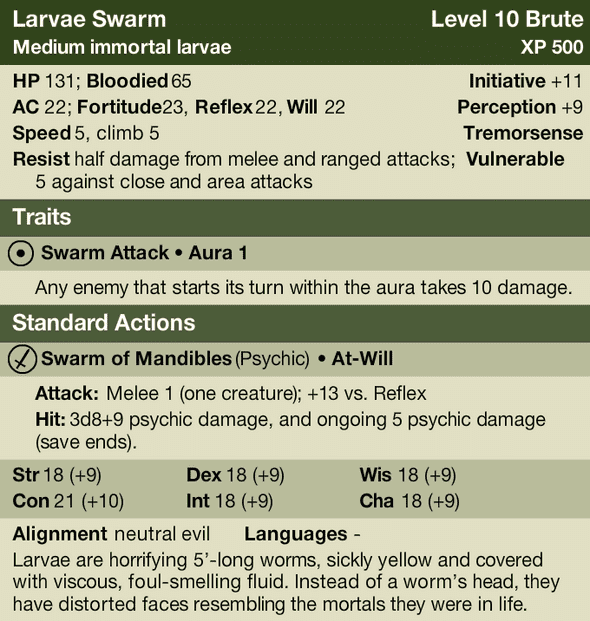 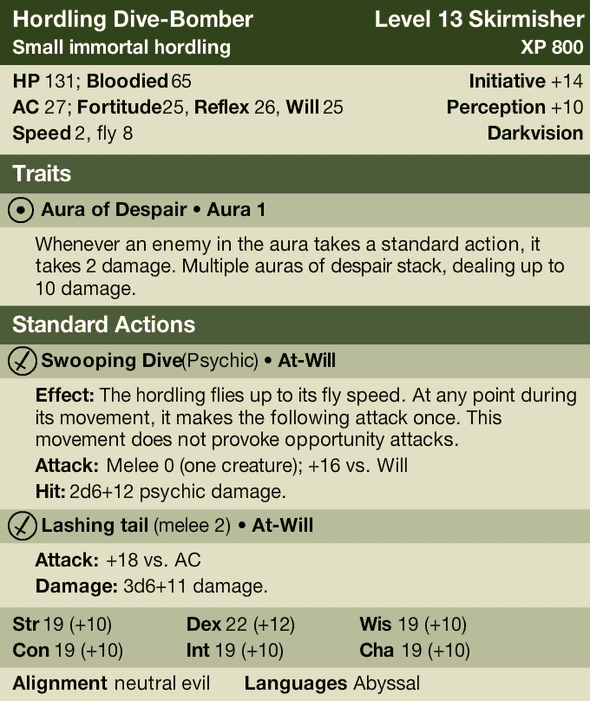 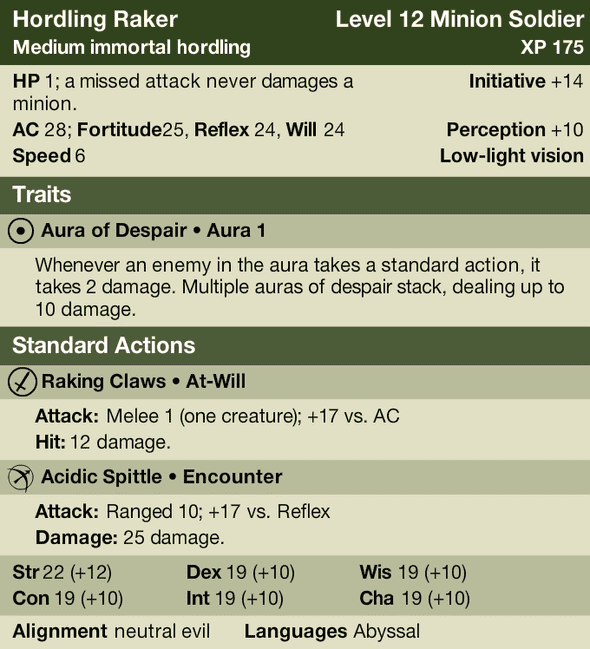 Powers of the Gray

Several powers have realms within the Gray Waste, or so the sages say. Here’s a listing of powers broken down by prime material world. I’ve included the Eberron powers (although how in the planes I’d resolve that cosmology I have no idea. I’m willing to take suggestions) for completeness.

General guidelines are that all gods of death go in the Gray Waste. If a power’s spheres include apathy, loss, etc., they should have a realm here. Some of them, like Abbathor, are included because the source material called them out as having a realm in the Gray Waste. Without further ado, here’s the listing.

Have I given you enough incentive to use the Gray Waste in 4E?